I am Qandeel – Honor Killing 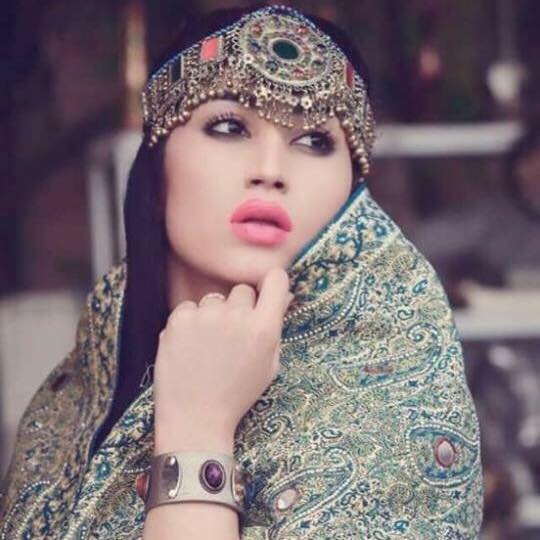 Two days ago Pakistan murdered another outspoken woman in the name of Honor. Her fault; she wore short clothes, was openly sexual and threw the hypocrisy of a sexually and mentally frustrated society  in their faces and oh yes her most recent crime was taking a selfie with a religious man (Molvi) & she had a recent video where she was twerking too. Enough reasons for a good part of society to strangle her.

Before people jump and say it was not ‘Pakistan that killed her” let me clarify. It was her own brothers; one drugged her and the other one choked her to death for being overly sexual & seductive.

These same brothers had no problem when she was a child bride, lived in an abusive relationship and had her child snatched from her and apparently even lived on streets.  However, the second she started her Facebook page she became the property of Pakistan. Most of her following was there to judge her degrade and dehumanize her but they couldn’t break her spirit. She used that hate as a force to thrive on and move forward.

Just like many claim now that they knew someone will kill her; you think she didn’t know? Of course she did but she probably didn’t know that it will be her own brothers especially when they told her to come home and see their dad because he is really sick.

Qandeel is not the first one;  I have shed many tears and used my voice to talk about atrocities that have plagued women in Pakistan. Last year Pakistan butchered 1000 women some as young as 16 just for being seen with a boyfriend;  but with Qandeel’s murder it did strike a nerve with me. The same vile men and women who use to comment on her pictures and wish her death have regularly done it to me. My extended family has said to my face that if I was in Pakistan I would be dead because of my views and how I dress up.  My parents have been shamed into forcing me to take pictures off my social media when they thought it was overly sexualized.

In my case I am an educated, economically independent female living in US which I guess has awarded me the luxury to still be free with occasional hiccups but I cannot even begin to fathom the hate, humiliation and pain she was going through. Simply because she was an empowered, openly sexual woman belonging to a poor family.

Trust me the world had been ok if she had ended up in a brothel. No one would have even cared if she had just pleased men and remain in the dumps but how dare she decide to openly live her life. To live it on her own terms. To not open her legs when men wanted but to do it on her own terms or not do it at all.

Her sexuality and femininity was so overbearing for men and women that they couldn’t stop looking at her and at the same time couldn’t see her living and thriving. So, it was a collectively planned death by all those who cursed her. They instilled enough hate in her brother’s heart that they killed her and are calling themselves heroes of Pakistan.

I am Qandeel because we need more women who can openly embrace themselves as who they are. They don’t have to pick and choose or hide. She is a role model because she LIVED and LIVED on her own terms even if it was a short life. I hope that more women are openly able to express a little bit of Qandeel’s that resides in all of us.

You made your mark chica. It is sad that you had to lose your life for it at only 26. But those who think you went to hell are so wrong. You have left a hell and moved on to a better place.

And yes you will always be MARVELLOUS!

Sharing the most beautiful poem written by my friend Asnia Asim for her.

To preserve his honor he must erase
The pout from her lips, the suggestion of her hips,

And the roses on her dress that when she moves
Ask him to take her in, prick thorn in petal, nip flower in bud,

Or to shut those eyes with which she gave some boy
A glimpse of naked unruly romance.

The other men in the mosque, teashop,
To prove to them the color of honor is same as her blood’s.

Bodied honor, for having and for holding,
Asphyxiating, cutting, fucking then burning

Or to simply curb the danger of her hair,
Lawless black curls—

Inching out of her scarf, maybe touching
A stranger in the rickshaw, acting innocent

Leaning on him, haram,
Seeking sanction to be herself, honor

Is to kill her body before it dresses
To kill, honor

Is to choke the art of words
In her delicate throat, honor

Is to do her in with her lipstick
still on, cellphone blinking with Likes, honor

Is the courage to kill her in her sleep
Where no one hears her scream, honor.